Since the discovery of fire, technology has tremendously improved the lives of human beings around the planet. Technology has always been the leading trend in various social activities, and this will remain the case, especially as we approach the upcoming year, 2022. Our tech has evolved so much that they have already become part and parcel of our daily lives. 2022 will be the year of the tech revolution; the question is, will you be a part of this revolution or not?

To prepare you for the tech wave that will sweep 2020, here are our top 10 gadgets you should keep an eye out for in the upcoming year. 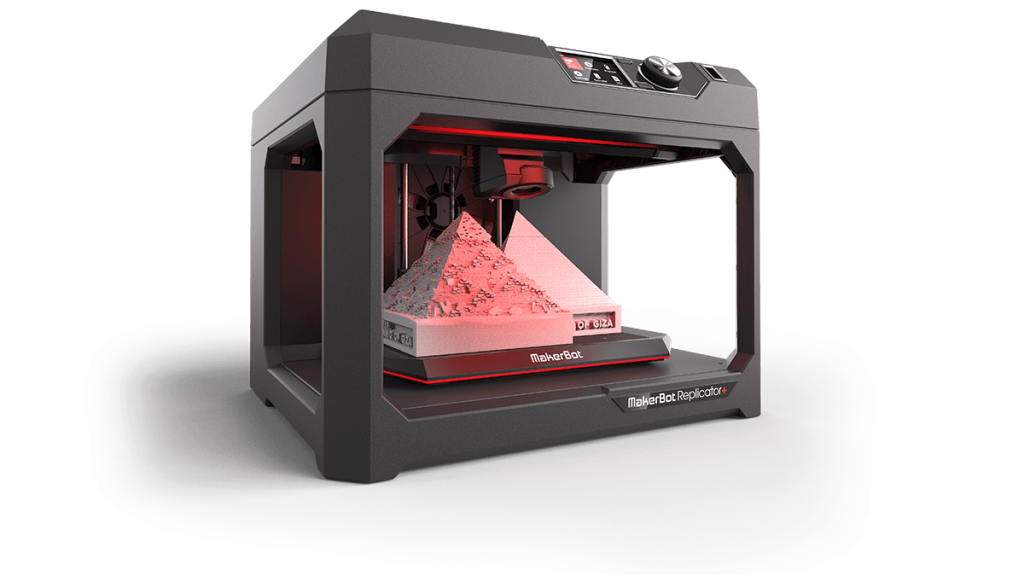 Although it still maintains its impressive design and other essential safety features, the Replicator+ is faster and a lot less noisy than the older model.

It also utilizes a 1.75mm polylactic (PLA) filament allowing it to produce excellent print quality. Although perfect for home use, the Replicator+ is significantly more expensive than its predecessor, so we advise you to switch to this better model if your pockets can handle it. 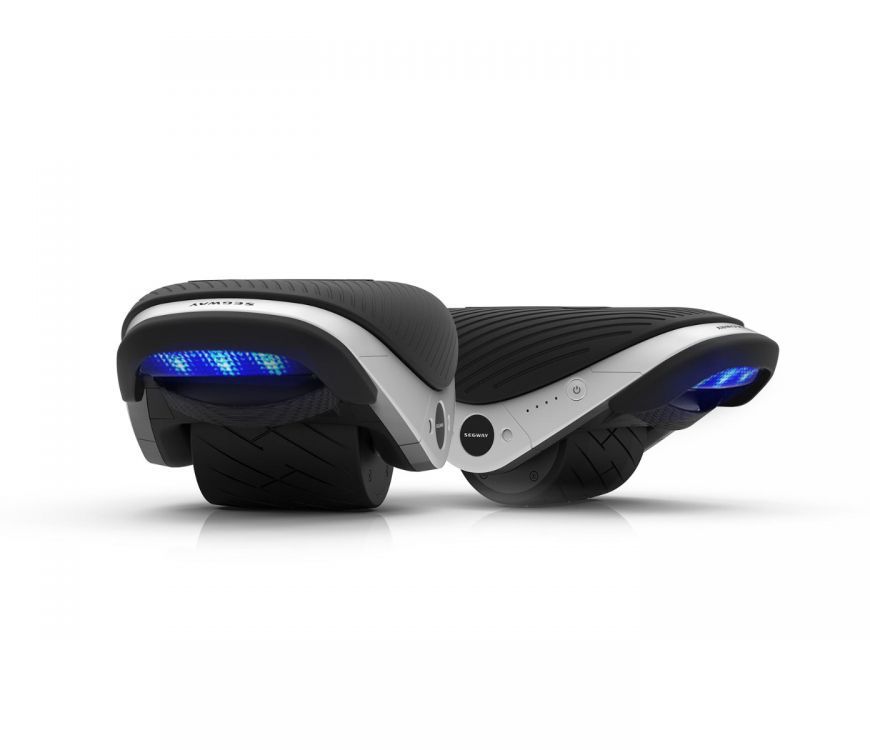 The Drifting is most definitely going to be the new fad!

TheSegway company has unleashed a device it calls the Segway Drift W1, which is basically a platform that allows you to step on it and glide in whatever direction you desire. By implementing the Segway next generation balancing technology, the company has been able to create a gliding platform that anybody can use effortlessly.

Worried about bumps or scratches? Forget that! With Drift W1’s 10mm silicone bumpers, you are guaranteed protection against bumps and scratches. If you love to skate or glide, this may be the thing for you!

Samsung’s Wall is much more than another display unit. It is Samsung’s attempt to revolutionize the users viewing experience.

The Wall is a microLED display with AI picture enhancements and advanced microscopic light features. It was initially designed for massive commercial purposes and big businesses to allow

for unique presentations and the delivery of memorable content. However, this cutting edge product can also be fitted for home use as it can significantly improve aesthetics and provide unique visual experiences. 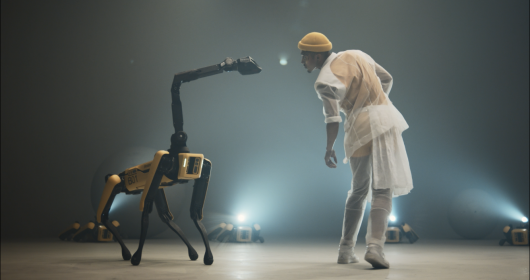 Boston dynamics are somewhat a controversial robotic company. Several videos of their robots have emerged online, which show them performing scary human-like feats.

One can conclude that this is a foreshow of the future of humanity. A future where robots take over everything; the beginning of the AI apocalypse. However, before Skynet runs our world, Boston dynamics has decided that we can enjoy these robots as functional pets.

Enter, Boston dynamics Spot. Spot is a four-legged dog-like robot that performs duties for its owner way beyond the capabilities of a regular organic dog.

It is equipped the stereo cameras that allow it to maneuver through complex work areas. It is capable of carrying weights of up to 30 pounds. Spot can also inspect construction sites and carry out security sweeps. If you’re looking to embrace humanity’s robotic future early on, then you might consider snagging up Spot!

Be prepared to take gaming to the next level with this bad boy. Microsoft has revealed that the Xbox Series X console will support 8K gaming while boasting of frame rates of up to 120 fps!

The console is expected to feature a desktop PC like design, roughly as wide as Xbox One controller and approximately three times as tall. Microsoft hasn’t revealed the GPU and processing power specifics of this new console. However, the executive vice-president of Gaming at Microsoft, Phil Spencer, has hinted that the GPU of the Xbox Series X could be eight times more powerful than that of its predecessor, the Xbox One. 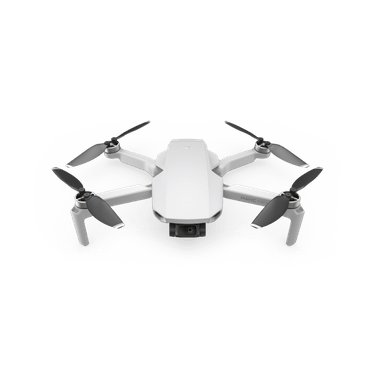 Drones are becoming more portable and useful, and the DJI Mavic Mini is one of the new, super portable drones on the market. Combining this drone hardware with the DJI Fly app, one can guarantee an amazing and unique flying experience and aerial perspective.

The DJI Mavic Mini weighs under 250 grams, making it as light as the average smartphone! This means it falls under the safest weight class for drones, which makes it legal to carry in many countries. With a few taps, you can easily create cinematic-like photographs and videos by taking advantage of the available options on the DJI Fly app

You no longer have to worry about your drone propellers getting messed up because the DJI Mavic Mini comes with a 360 degree Propeller Guard, which safeguards the drone’s propeller while in flight.

360-degree video recording is no longer in the hands of a few professionals, now GoPro’s new Max 360-degree action camera is bringing the high tech feature to the general public.

The action camera comes with a new suite of camera processing technology, which integrates editing and reframing tools into the GoPro smartphone apps while bumping up the spherical resolution to 5.6K. The Go Pro Max makes it easy to film immersive and compelling 360-degree shots impossible to capture using a traditional camera.

Go Pro Max also comes with a slew of advanced features. This includes:

If you are a picture lover, the GoPro Max camera is a Must-Have! 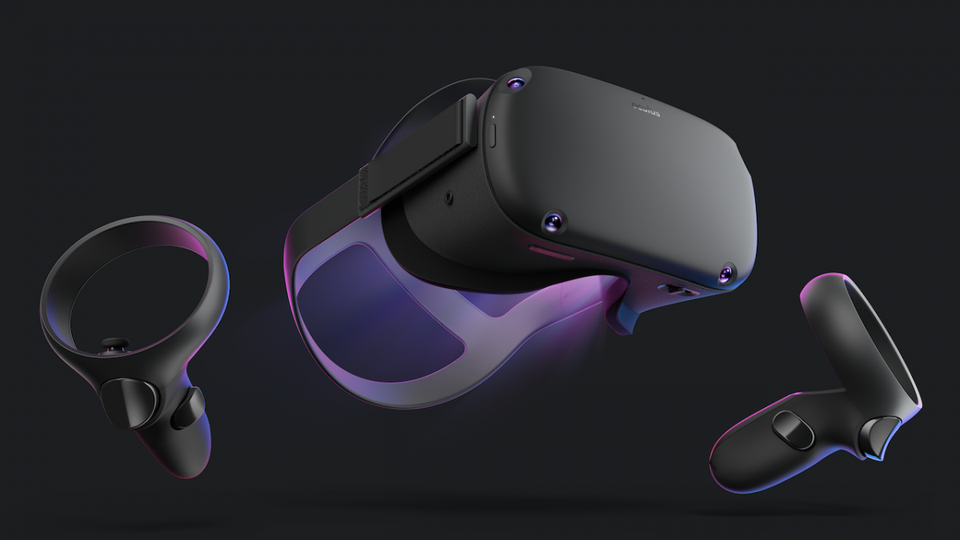 Since its inception, Virtual Reality technologies have been evolving at a rapid rate. One of the main applications for VR is immersive gaming.

The Oculus platform has recently released its Quest VR headset which is expected to run several high-end VR games on the Occulus platform, including Spice & Wolf VR and the sci-fi thriller, Stormland (one of the best shooter VR games)

The Quest’s design has been greatly simplified compared to previous Oculus models. The design has been optimized to make the headset lightweight, more balanced, and ergonomic. If immersing yourself in a virtual world is your thing, then you will surely want to pick up the Quest VR headset! 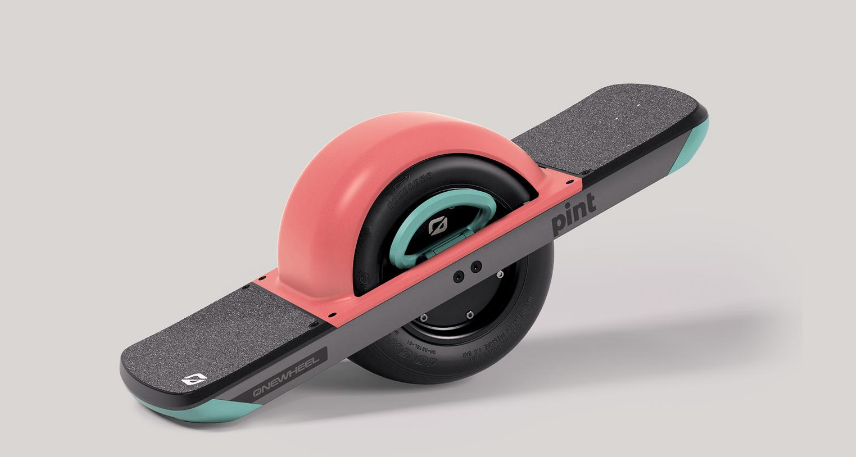 Take street snowboarding to the next level with the Onewheel Pint. This is a super electric scooter capable of navigating virtually any kind of land terrain. It is designed to be lightweight and portable, weighing only about 3 pounds and comes with an integrated handle in the wheel for easy carriage. Its small size, weight, and impressive responsiveness allow you to easily maneuver yourself along busy streets and crowded commutes.

The Onewheel Pint has a range of 6 – 8 miles with a top speed of 16mph. The pint was designed to suit a rider of any skill level by incorporating a digital shaping software which allows you to pick a rider profiles ranging from beginner to expert. This scooter also has a lot of safety features to ensure you are always safe when you step on the pint. For instance, the pushback feature automatically slows you down if you’re moving too fast or going across a steep slope.

The Onewheel pint is the perfect holiday gift for daredevils who aren’t afraid of embarking on a new adventure. 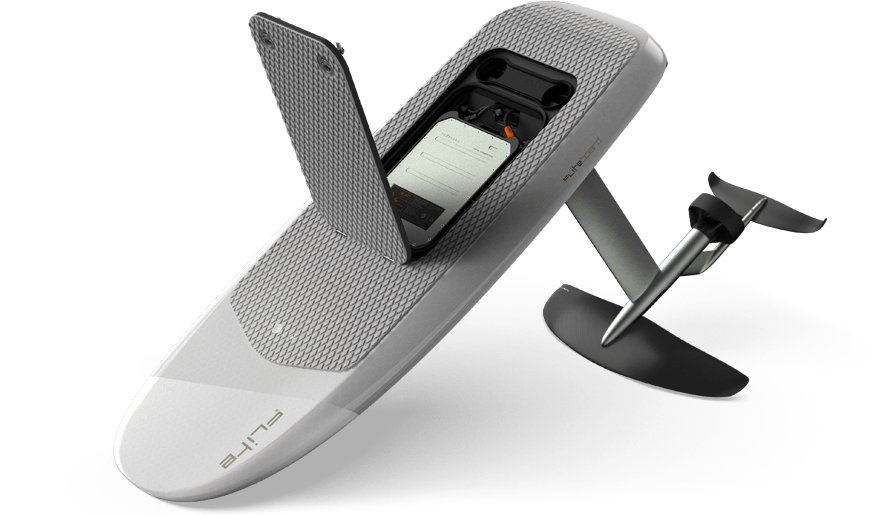 Our number one 2020 must-have gadget is definitely the Fliteboard Efoil!

When in use, this eFoil provides a flying over the water sensation, giving you the freedom to ride anywhere without the need for wind or waves. Every detail on this work of art is fully optimized for durability, increased performance, and easy utility.

The Fliteboard utilizes a unique and dynamic eFoil propulsion system, which allows you to carve across any water body perfectly. It also comes with a custom-designed waterproof handheld remote control for easy control of the machine. Also, GPS speed, battery indicators and a range of other useful statistics are available on a high contrast display. The Fliteboard comes in 3 different customizable models suitable for any rider’s needs. These include the Fliteboard PRO and Fliteboard AIR, etc.

Man has already conquered land, conquered the waters will require new tools, the Fliteboard is the perfect tool to do just that.