The new exciting sport of jet boarding is taking over the world with new jetboards and efoils appearing almost every month!.
Let’s catch some fun and take a look at the top 10 most promising jet boards for 2022!
Here are our top picks by JetSurfingNation.

This time we’ll combine jetboards and efoils in one rating, but exclude all the prototypes and boards that are not ready for sale yet!

Let’s get started with the best electric hydrofoils first! 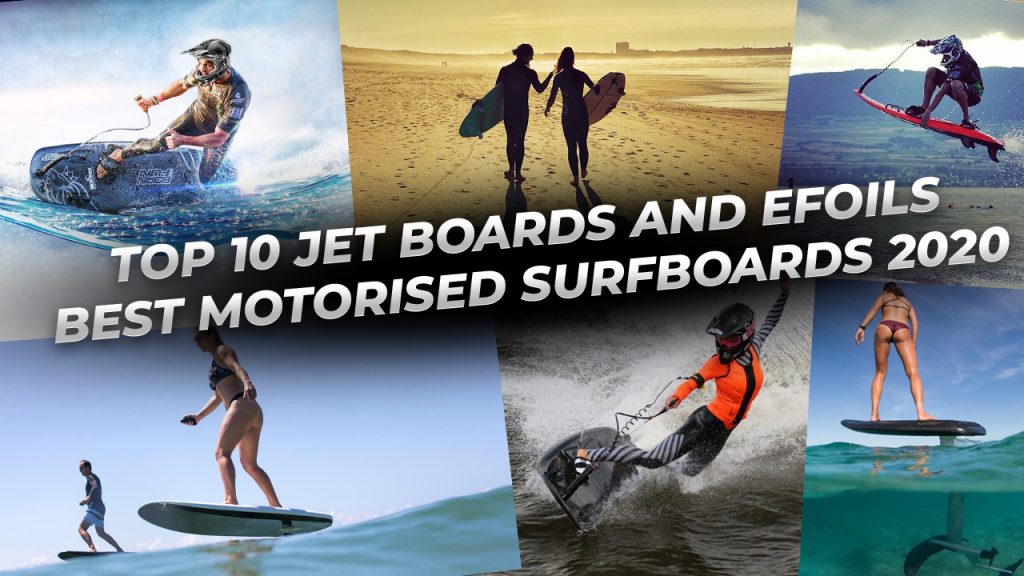 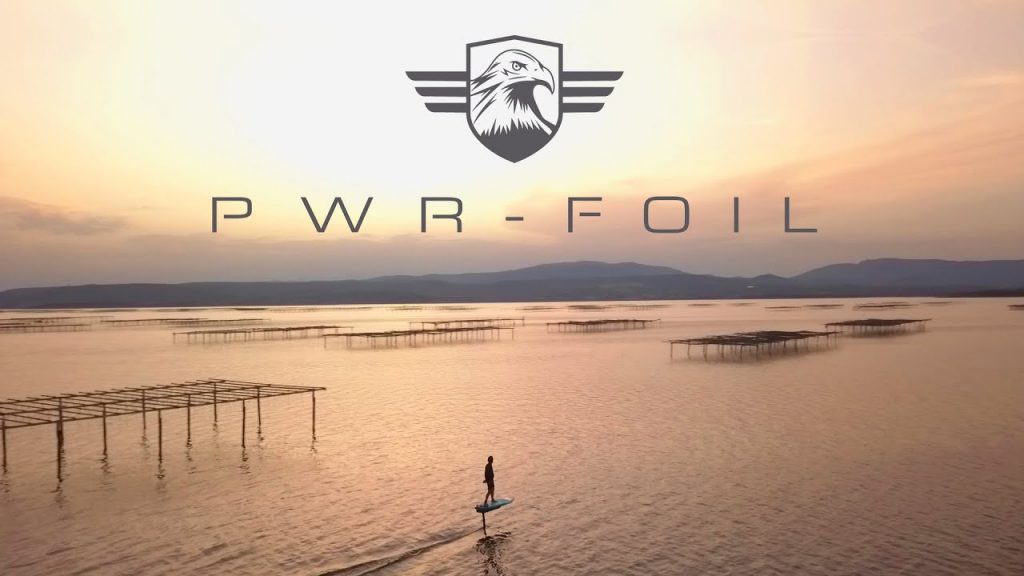 Pwrfoil is a promising french foil by Redwoodpaddle
The electric foil is separated from the board, which will allow the board to be adapted according to its weight, but also the possibility of changing boards according to the evolution of one’s own practice. A beginner will easily start with a large inflatable board, for example, but will be able to move on to a small rigid board overtime for more maneuverability. 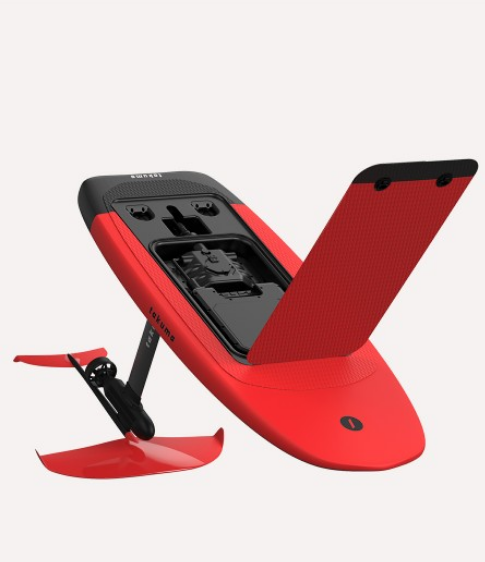 Takuma efoil is a new high quality and affordable foil from Takuma
Concept, a famous French brand that is producing traditional hydrofoils and wings. It features a modular system and should let you ride up to 75 minutes, gliding at a speed of 35 km/hour. 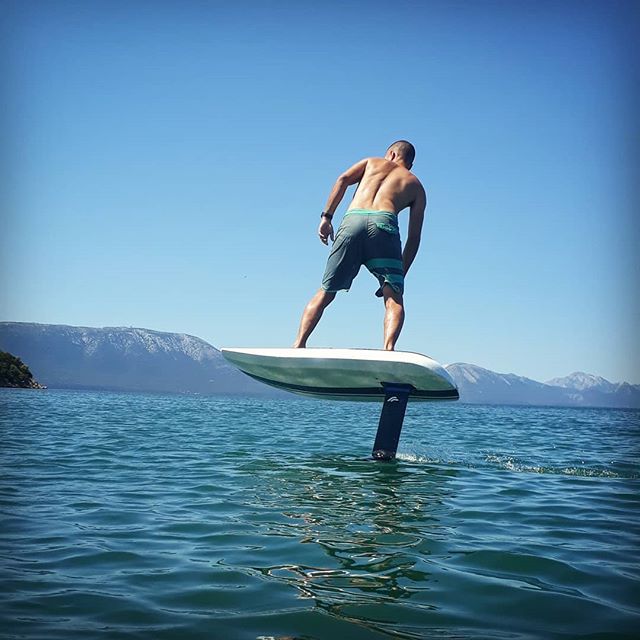 An exciting efoil from Slovenia, the flying rodeo foil was developed by the talented
engineer David. We had a chance to meet David and his team and test the board last year, so make sure to check our full video review. The board should be lightweight, sturdy, and provide over 1 hour of exciting foiling. Unfortunately, the board is custom made so it will ship only in small amounts. 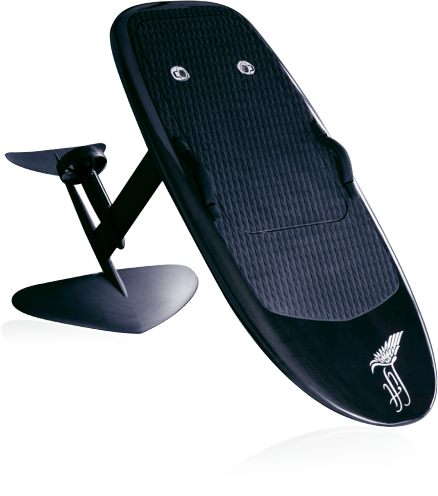 Liftfoils is one of the oldest original electric hydrofoils which was first to actually ship it. Lift is a product created by Nick Leason and his team from Puerto Rico. Currently, Lift is one of the market leaders shipping a big amount of high-quality efoils around the world and developing new models of wings and styles. You can watch a detailed video review on our channel to learn more about this exciting product.

Before we reveal our top pick of electric hydrofoils, here are some honorable mentions 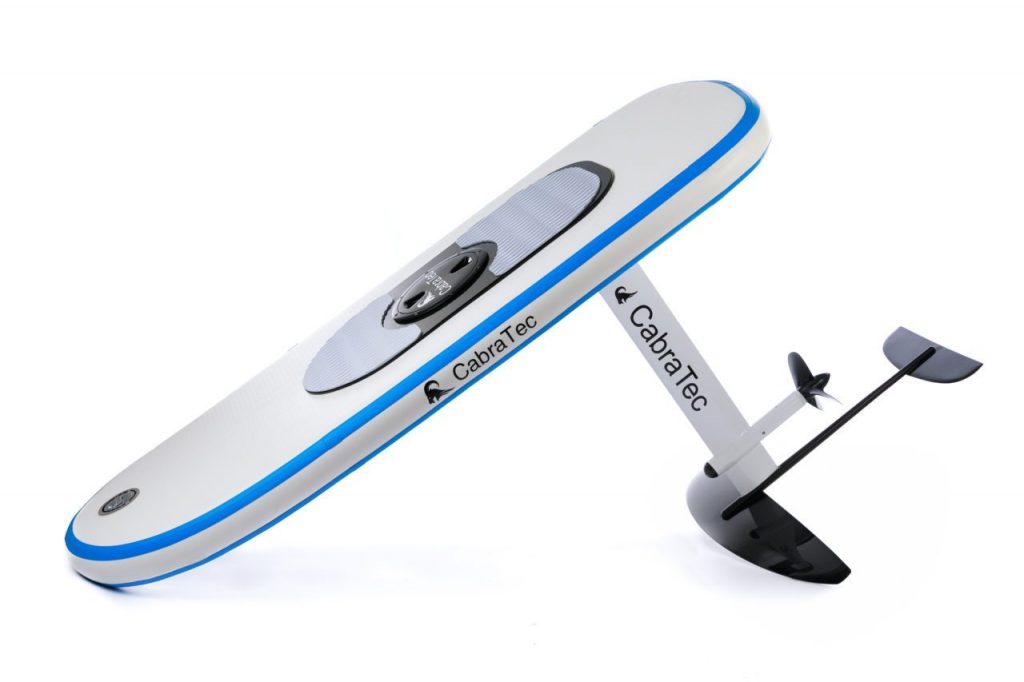 The CabraTec is a Czech republic development and one of the most affordable
hydrofoils among all on our list. The board has an inflatable ring
that helps you learn the foil much quicker! 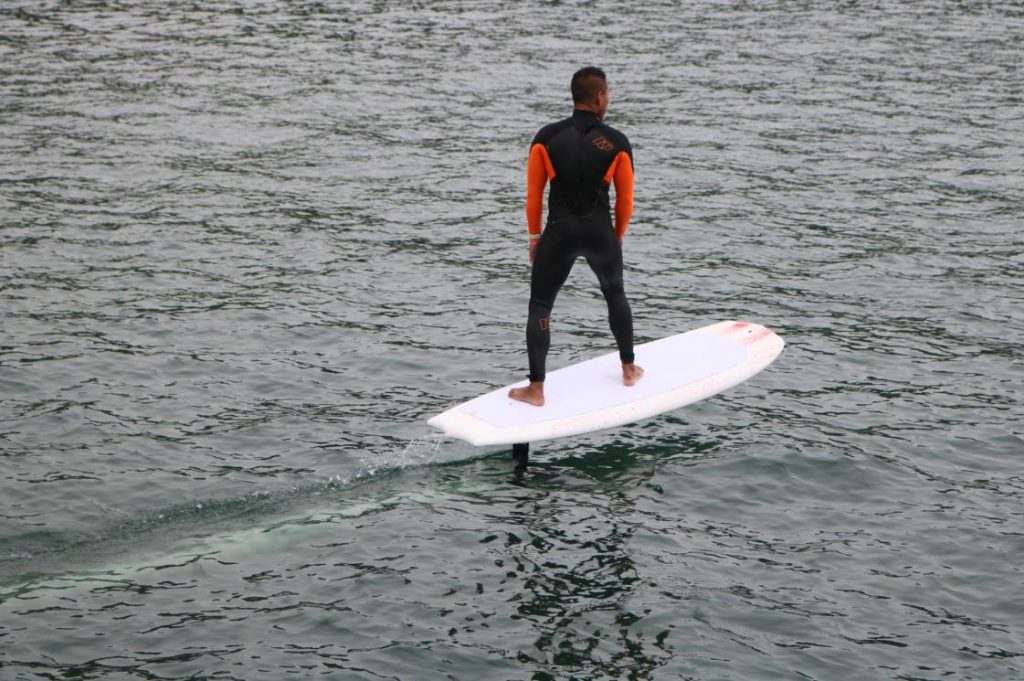 Hoverstar is a Chinese hydrofoil that promises great speeds and affordable price. 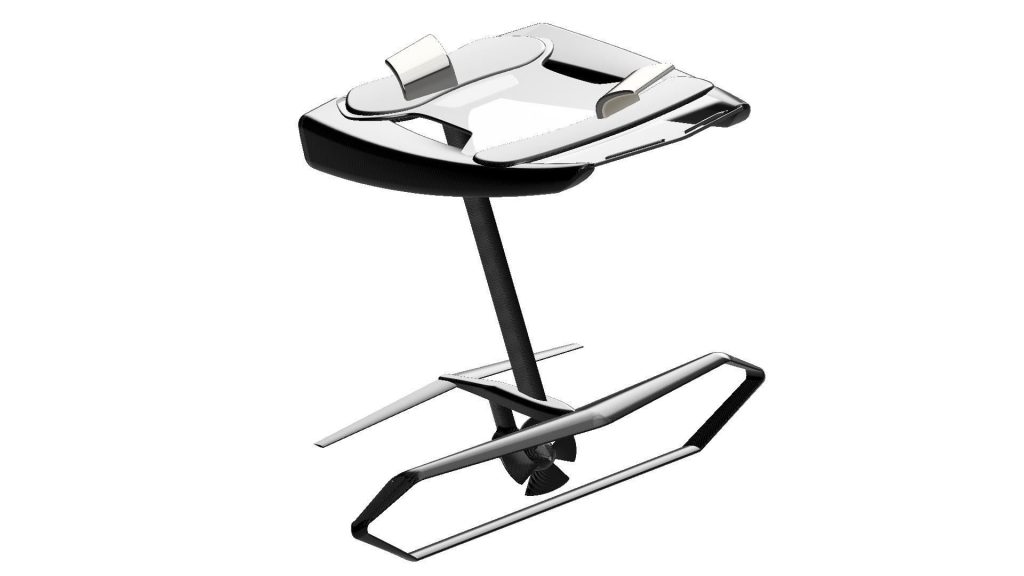 Supernova is a promising french efoil that is about to hit the market. It features a 18kg lightweight board which includes the next generation battery plus a new GYRO self-balancing system. The developers promise 1 hour Ride time and just 1 hour charging time, which is really exciting.
However, we have not tested this efoil yet, so make sure to wait for our review before buying it. They also plan to offer extra products like FlyShoes. 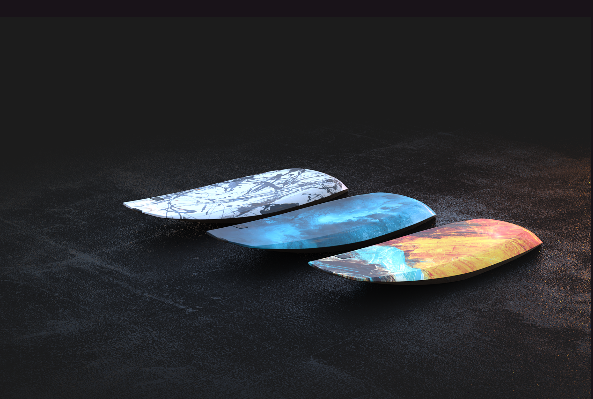 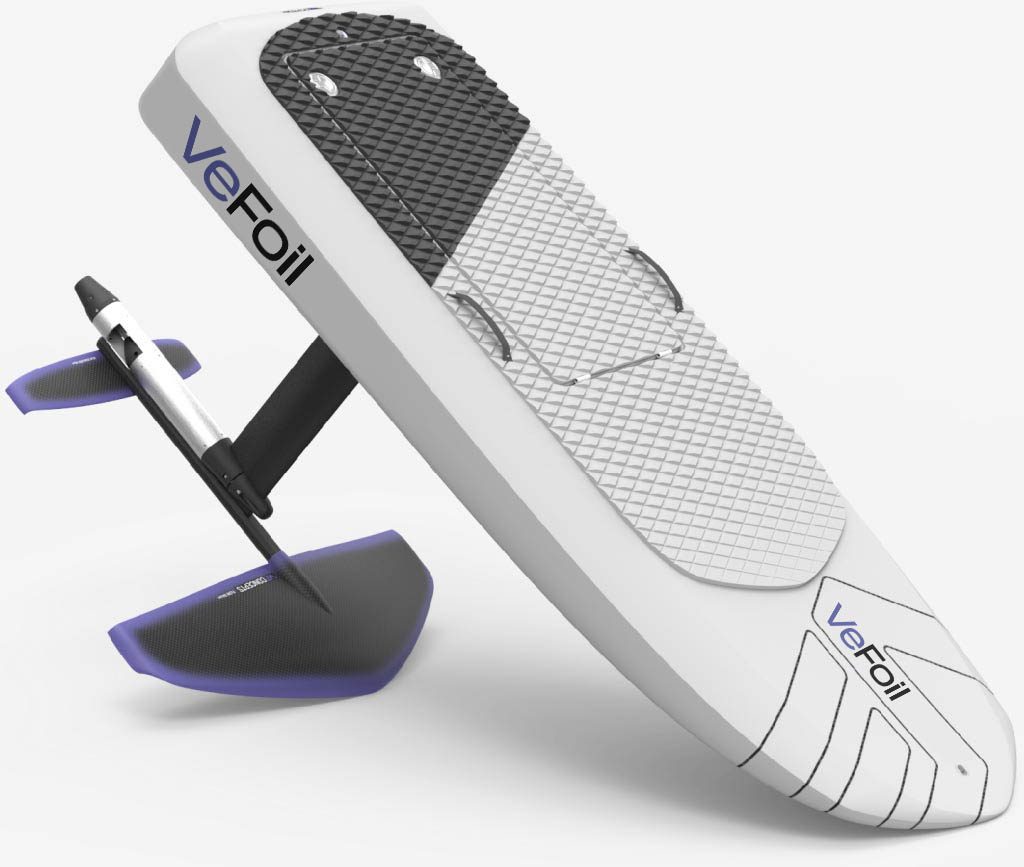 Vefoil by veconcepts is a DIY project by Chris from Canada that has already started doing the crowdfunding campaign and planning to start production soon.

GetFoil is an honorable mention because like the Fliteboard, it is also an efoil. Foil is an ocean carver that utilizes Carbon Composites, innovative Phase Changing Lithium-Ion Batteries, and the revolutionary Mavericks™️ motor system. Foil can reach an average speed of up to 28mph / 45kph, and cover 14-17 miles in terms of its range. Recharge time takes about 4 hours (2 Hours with Supercharger), and it is able to retain 85% capacity after 500 cycles. This machine also comes with an intelligent Bluetooth™ controller with a high-resolution display, which allows the rider to know the current speed and battery level. 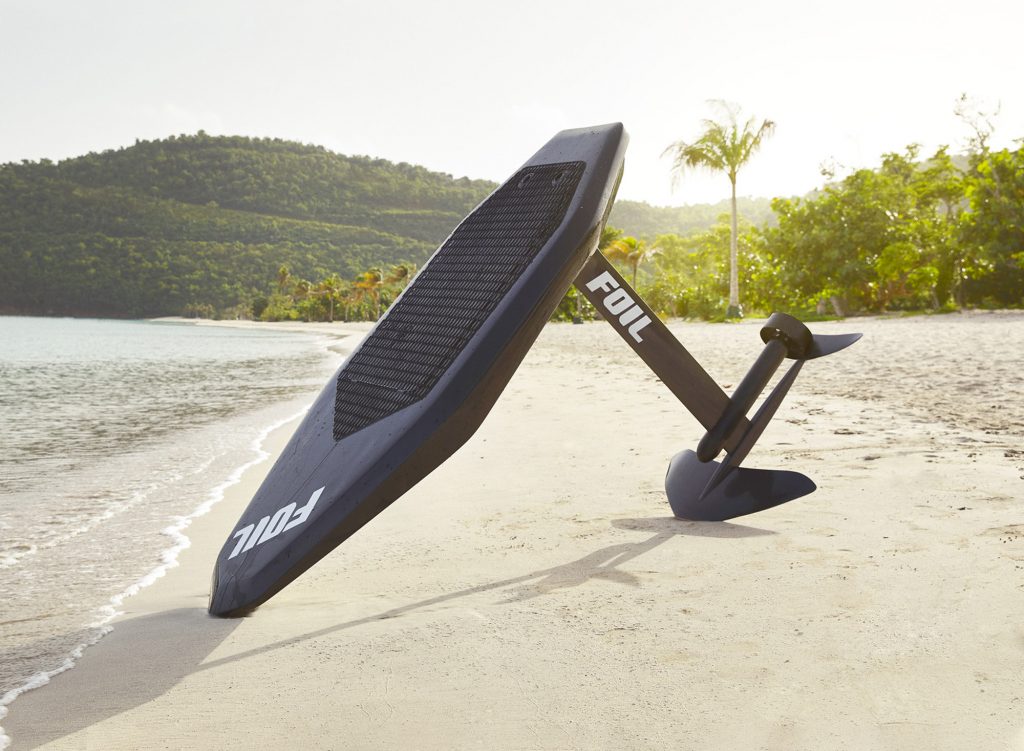 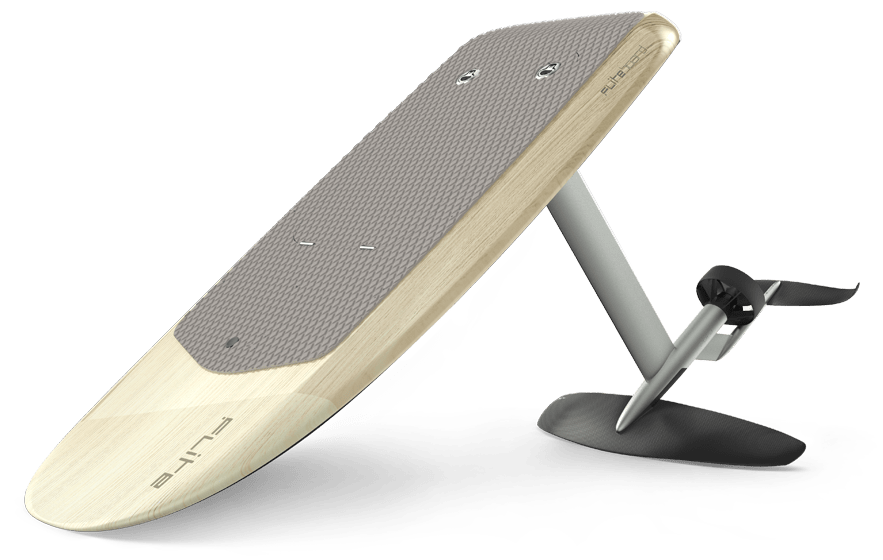 Out top choice today is the outstanding efoil from Australia which combines the quality and the top features that every hydrofoil user desires. Fliteboard comes in several shapes and sizes, including the inflatable one for easier learning. Everything about fliteboard screams high quality, and that’s why it is our top pick among all hydrofoils this year! Make sure to watch the interview with the developers and our tests on our channel to learn more about it.
Now let’s get to the top 5 jet boards, also known as motorizes surfboards.

These boards don’t use the foil and behave closer to traditional surfing experience but don’t require any waves to enjoy them. 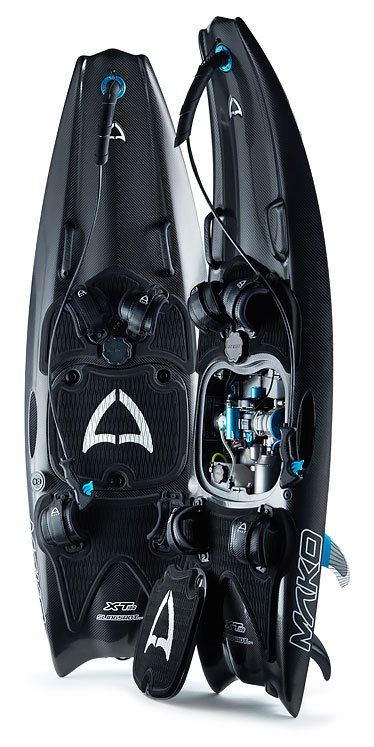 Mako is one of the best petrol boards on the market, introduced by the talented British team. Mako is fast, powerful and lightweight, able to reach speeds of 50km/hour, providing you with tons of fun and adrenaline rides. 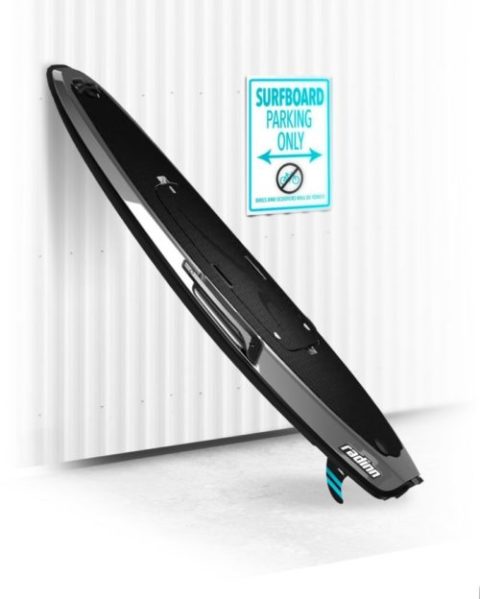 Radinn is a Swedish company developing a new G2X model that
should be a vast improvement over an old Radinn wakejet model.
The company is very active on social media and targeting luxury water toys and yacht owners. The new XL Power Pack with 3700 Wh gives up to 60min run time according to developers with up to 55 km/hour top speed. 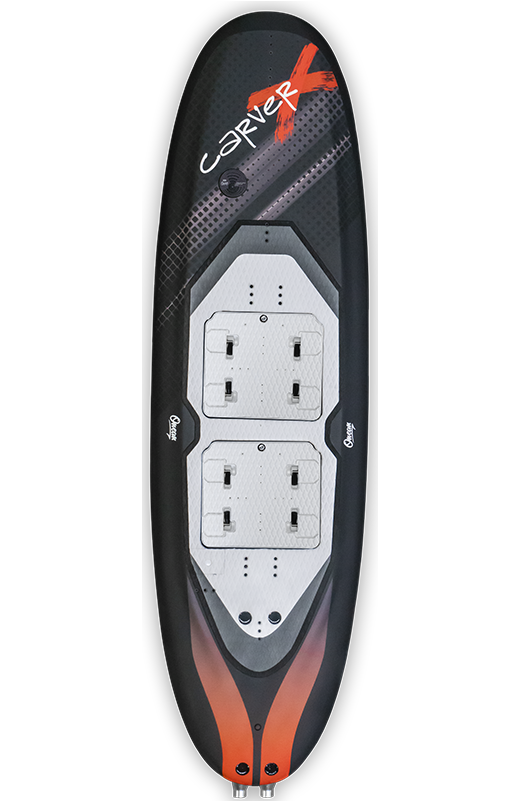 The Onean Carver and Carver x were both created by a talented
Spanish team of engineers with the goal of ending the need for waves to surf. The Carver x lives up to its name with dual jets and dual batteries; it was designed to carve up water and was intended for more experienced heavy surfers. However, the Carver is intended for causal surfers and lightweight people. These models both have foot straps, a wireless remote, battery, and a leash. Great design and affordable price when compared to other models. This makes it one of the top picks! 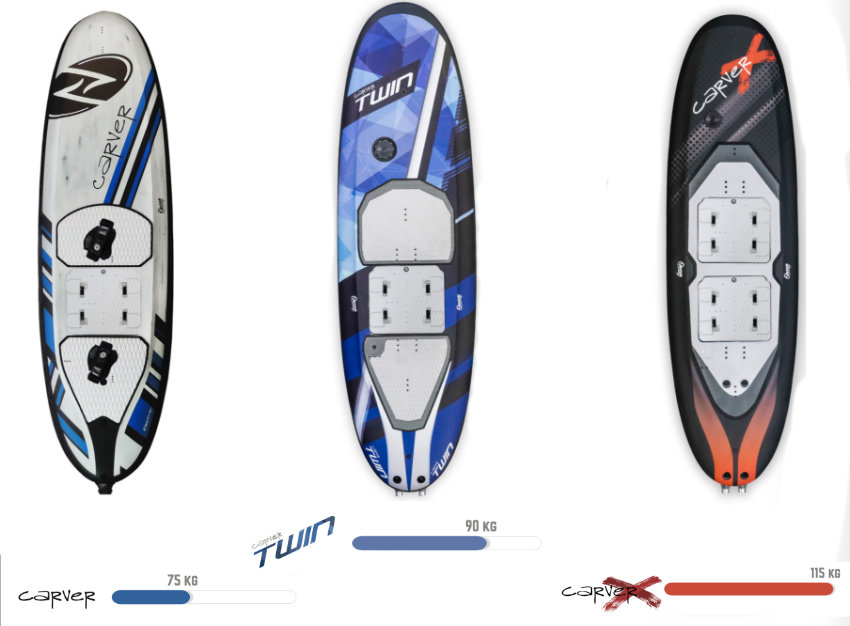 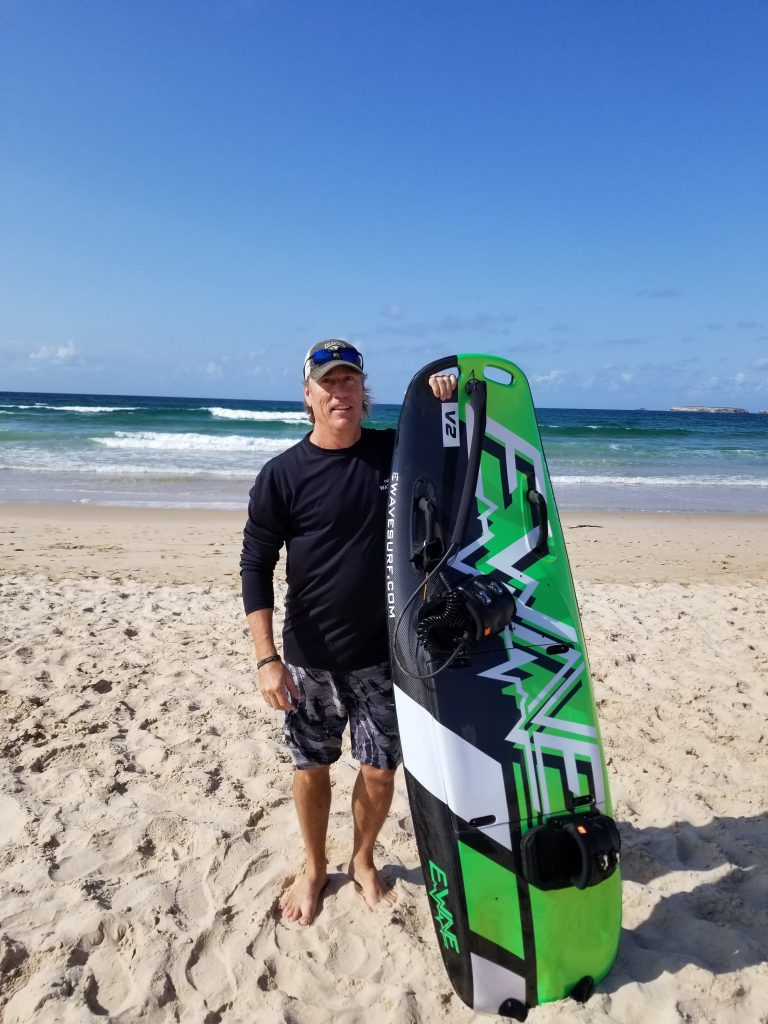 Ewave is a brand new electric jetboard from China that is hitting the market this year. Their new model called V2-6000 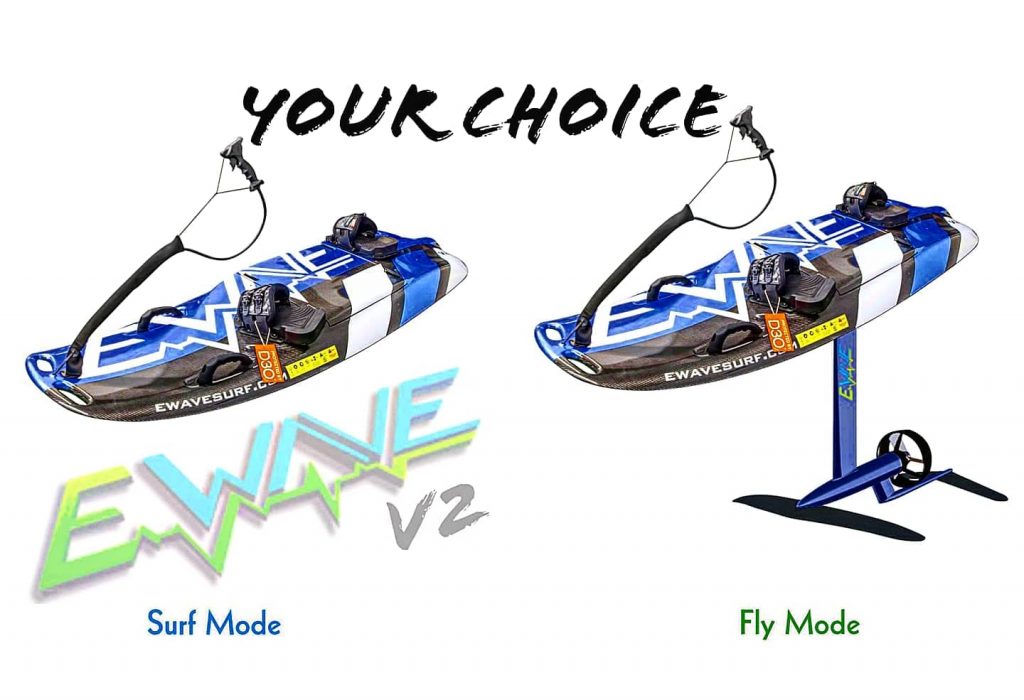 has a 6000 RPM engine promising the top speed up to 56 km/hour and the battery life of up to 35 minutes. The best part – it’s just 30kg, which is very lightweight when compared to other electric boards. This machine lets you enjoy the rapid turns, jumps, and adrenaline rides! Make sure to check our full tests and interview with the developers of ewave before you buy it! 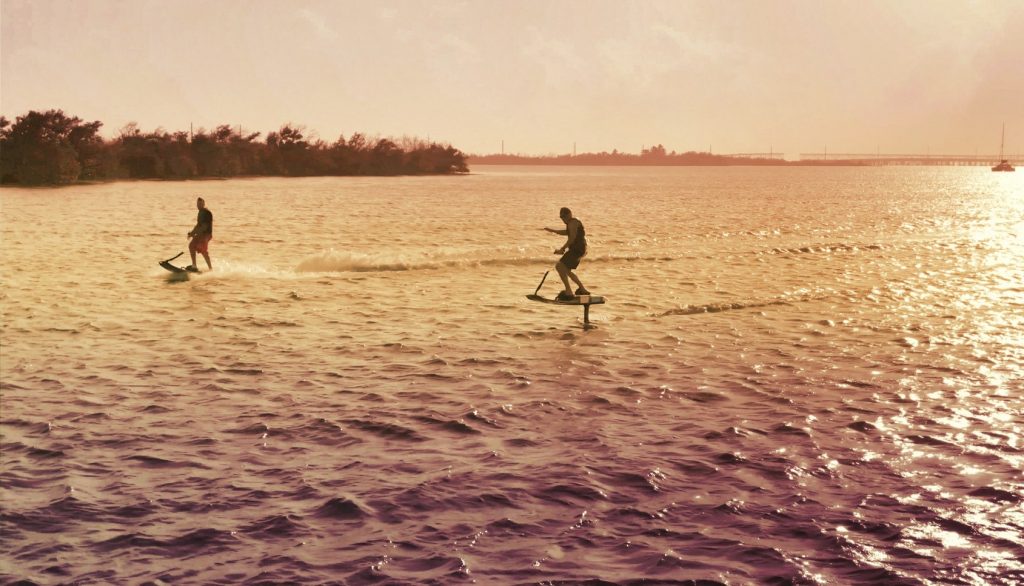 Ewave is also planning to release the new efoil attachment system, making it the first 2 in one solution on the market combining jetboard and efoil together as interchangeable system.

Before we reveal the top pick, here are some honorable mentions.

The Lampuga Air is another German jetboard which has an inflatable body and is great for beginners and rentals. This family-friendly version lets you learn jetboarding in a matter of minutes! 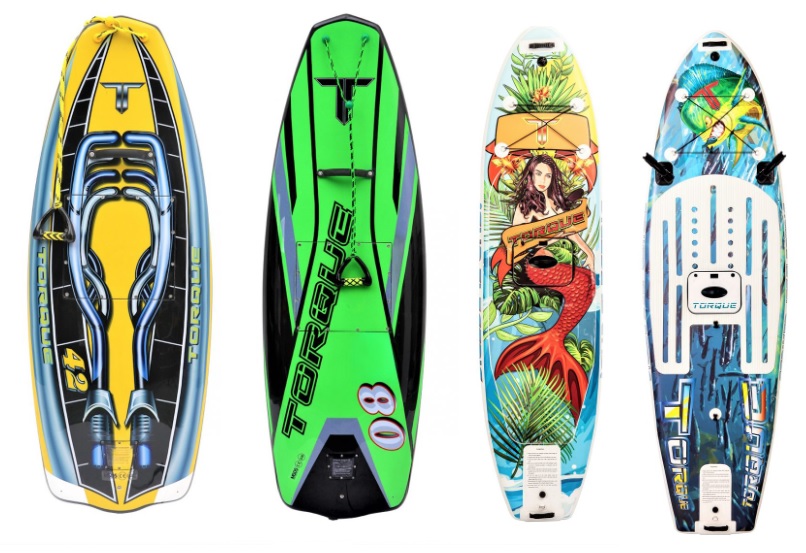 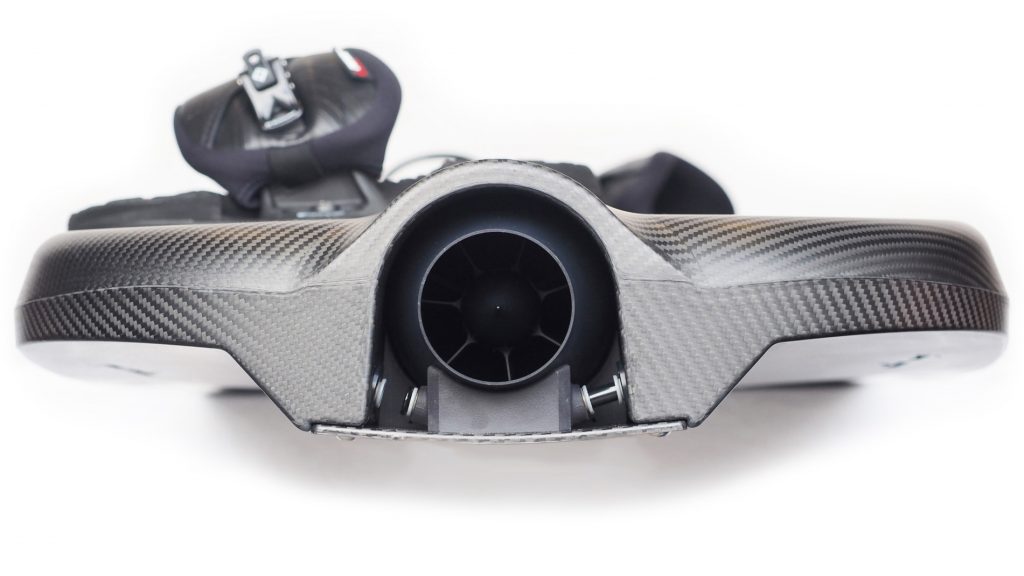 Esurf is the fastest electric board, made of
lightweight full-carbon with straps and fins that weighs
just 9.8 kg plus the 15 kg battery and provides the power to drive 90 kg rider for 30 min at a maximum speed of 64km/h. Unfortunately, it’s still in beta, and we don’t know when it will be available to the mass market.

Secutronic is a cheap Chinese jetboard that is offered on Alibaba under different names and generic white-labeling brands. The parameters look promising, but nobody could actually test it in real life, so we recommend to wait for our tests before buying it.

eWake is a promising hand crafted board from the inspiring German team. Check the full interview on our channel to learn more about it 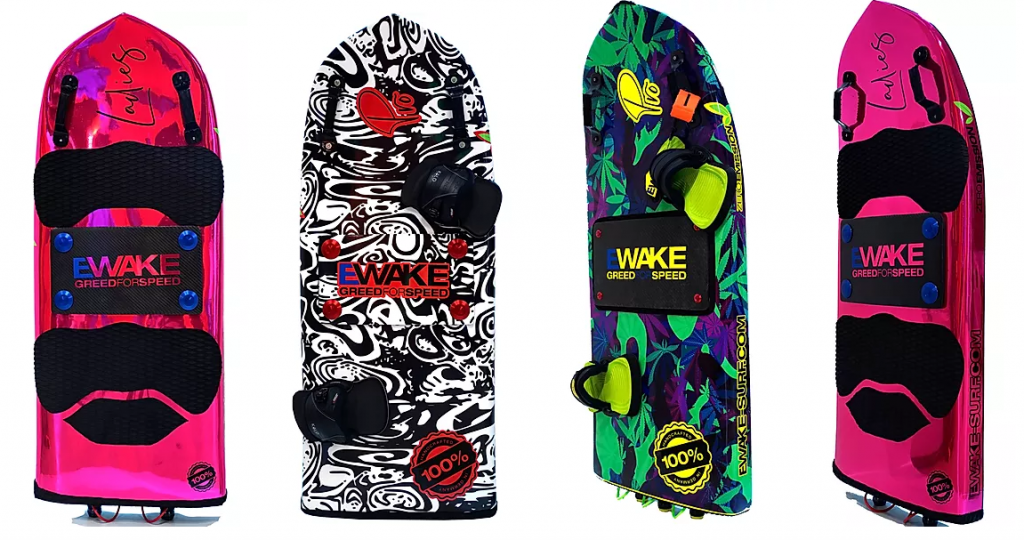 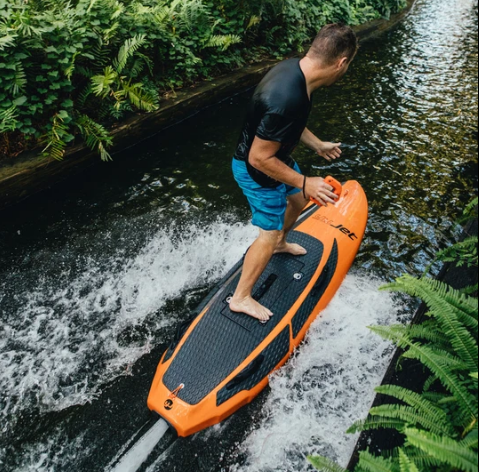 YuJet is an upcoming jetboard from the USA that promises up to 40-minute ride time with the high-powered replaceable battery. 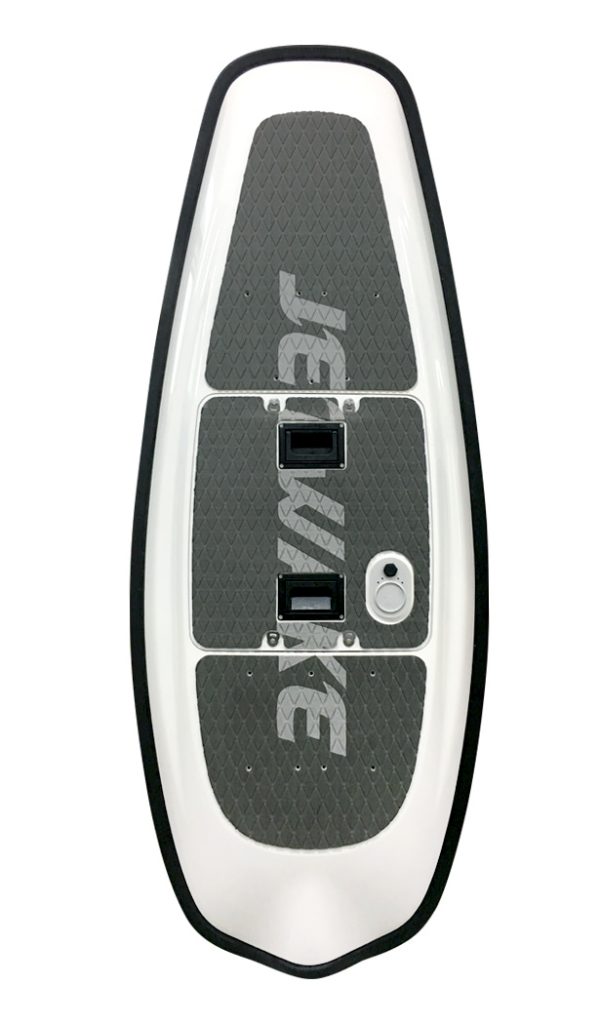 JetWake is a product by a dedicated team from South Korea. It features a strong battery that is capable of running for over half an hour at full speed!

Mertek is another Chinese inflatable board is probably the cheapest and slowest among all on our list and a perfect choice for beginners, kids, lightweight people and anyone with no jetboarding experience. 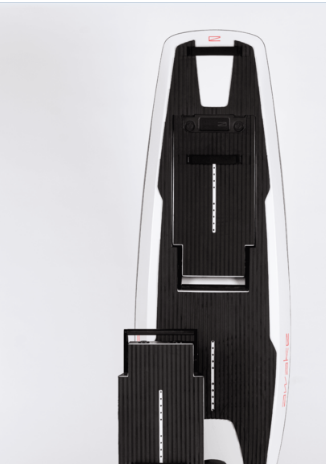 Awake RÄVIK is a promising Swedish jetboard that can get from 0 to 50 km/h in just 4 seconds and should deliver a 56 km/h ride! Make sure to check our latest review to find out more about Awake jetboard. 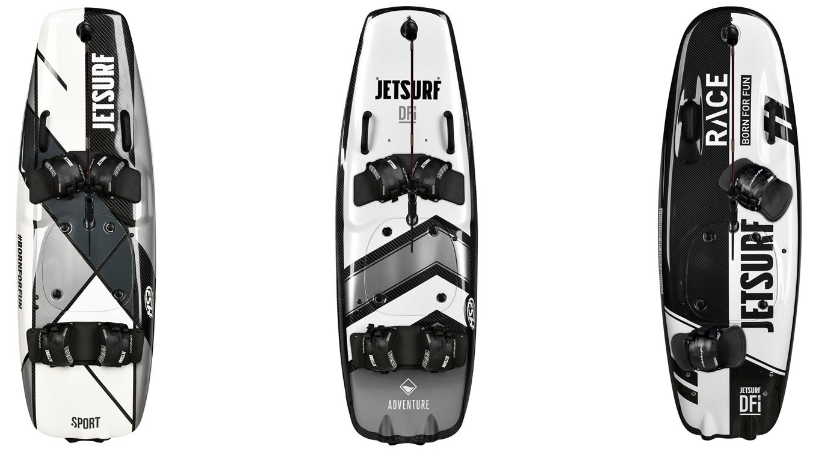 The king of jetboards is still dominating the market. Thanks to constant innovation from its developers, it never gets old and keeps improving each year. This time the developers surprise us with the new electric jetsurf and DFI models – first-ever fuel injection for 2-stroke watersports engines!

Jetsurf is the brainchild of engineer Martin Sula from Czech republic.
Jetsurf has created a whole new way of enjoying waves at high speeds and even started professional motosurf federation. Extremely portable and lightweight, Jetsurf comes in several variants; petrol models like Sport, Adventure, Race DFI, Race Titanium, and now also Electric models. Coupled with their amazing design and a strong carbon fiber body, this petrol surfboard has successfully dominated the market over the last 10 years, creating a new way of enjoying waves at high speed! Check our recent interview to find out more about the new Jetsurf DIF, Jetsurf electric, and its future! 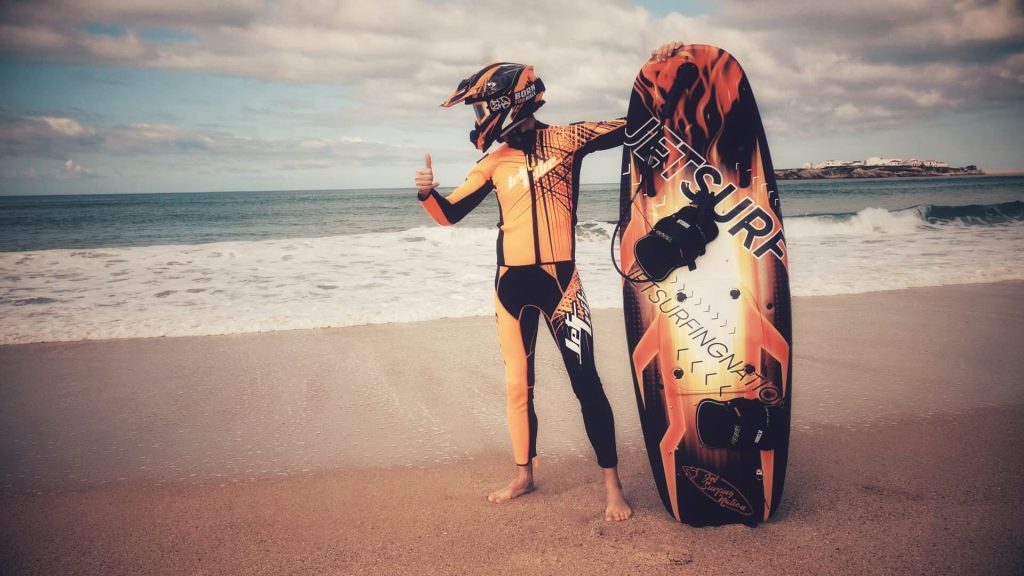 This year Jetsurf also offering the new Adventure+ model with an alternator that allows you to charge your battery while you ride it!

That’s all for today. I hope you enjoyed our list and become a part of this exciting new sport of motorized surfboards.

If you want to learn more about each board from our list, make sure to check other videos on our channel where we meet the developers and ride and test their boards together!

Thank you for watching, and don’t forget to subscribe!

I’ll see you in the next one! Cheers!